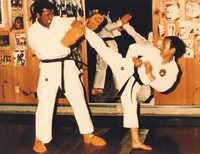 1963 - Grand Master J. Pat Burleson, who received a Brown Belt while stationed in Okinawa, is promoted to Black Belt in Tae Kwon Do by Grand Master Jhoon Rhee and opens his first school
in Ft. Worth, Texas.

1967 - March, John Worley joins his brother at the Worth Health Studios 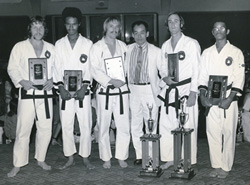 1970 - John and Pat Worley move to Washington D.C. to teach for Grand Master Jhoon Rhee at the JRI.

1970 - Gordon Franks at 14 begins Martial Arts training at the JRI in Marlow Heights under Pat Worley.

1972 - Larry Carnahan moves to Washington D.C. to teach at the JRI.

1972 - Gordon Franks wins1st place in Philadelphia by defeating Michael Warren, considered by all to be the best fighter in the country.

1973 - John Worley and Gary Hestilow move to Minnesota to open a JRI in Bloomington, MN.

1973 - Gordon Franks moves to Minnesota to attend Carlton College and trains at the JRI in MN.

1974 - Pat Worley moves to Minnesota to open a second JRI and to join John Worley, Gary Hestilow and Gordon Franks. 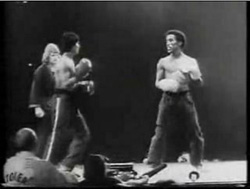 This is significant for three important reasons:

1977 - Pat Worley is rated as the # 1 contender to the World Middle weight title in Full Contact Karate held by Bill "Superfoot" Wallace.

1977 to 1978 - The first Diamond National Karate Championships is promoted in St. Paul, Minnesota.

1979 - Larry Carnahan is rated the # 3 ranked World lightweight full-contact fighter by the PKA.

1979 to 1985 - John Worley is vice-president of the Los Angeles based (PKA) where he works as an expert color commentator for televised kickboxing shows.

1980 - Gary Hestilow moves to Oklahoma City to join Century Martial Arts Supply where he will later become president of the company. 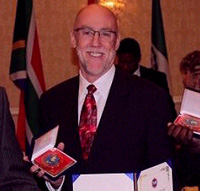 2009 - Pat Worley is inducted into the Tae Kwon Do Hall of Fame.