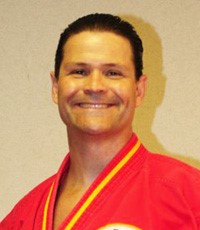 We also offer a full Yoga program (www.platinum-yoga.com) including Bootcamp/Kickboxing classes to build your fitness.

Master Kerry Kruckow began his training in 1981 while earning his Black Belt in 1986 under the tutelage of Grand Master Worley and Grand Master Franks.  He began teaching for USA Karate later that year and by 1988 had his second degree with a double major in sparring and teaching.

Master Kruckow's dedication to the art and his ability to connect with both Junior's and Adult students has led to many of his students to train under his direction for as much as 20 years.

Master Kruckow took tournament 1st place wins at each of the local N.C.K.A. tournaments: City of Lakes Open, Fall Central States, Twin Cities Open, Minnesota State Championships, Eau Claire Open, La Cross Open, and Spring Central States. He was ranked #1 in the N.C.K.A. Black Belt Sparring Division from 1988-1990 and took Grand Champion at the City of Lakes Open as well as the Minnesota State Championships. Mr. Kruckow will soon be celebrating his 26th year of honorable service to his students at USA Karate. Currently a 7th Degree Black Belt he continues his knowledge by studying other forms of Martial Arts such as, American Tae Kwon-Do and Brazilian Jujitsu.

What our students say when asked "How was last night's class?"

"My daughters said it was the best class yet! The opportunity of seeing the higher levels doing their exercises and having fun,gave them a greater vision and encouragement. They love Mr. Kruckow's teaching style."- Lily

"I am always amazed at the level of patience the instructor has with the little ones. They really respond to him well. We love it and are glad we joined."- Adam

"Master Kruckow makes class physically challenging as well as mentally stimulating. I leave refreshed and refocused after each class!"- Steve

"Master Kruckow is absolutely fantastic with the kids!"- Zinoviya

"My son loves going to Karate!"-Mason 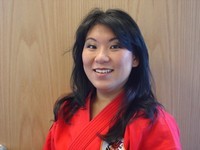 Ms. Kim is currently employed as an assistant instructor and in this capacity has helped many students receive their black belts.  Ms. Kim is also an active judge in NCKA Karate tournaments  and has worked with many USA Karate students to help them become more effective competitors. 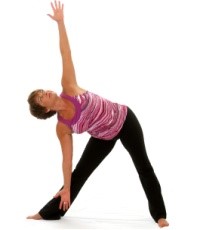 Platinum Yoga head instructor DeNae is a nationally certified yoga instructor in Vinyasa, Hatha and Yoga Anatomy. DeNae has been teaching for many years in the Burnsville and Apple Valley area and has over 1,000 hours of instruction time.  DeNae works hard to know her students needs and goals and to create a fun, friendly environment. 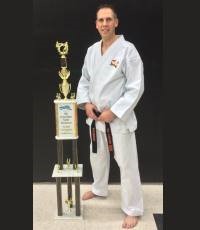 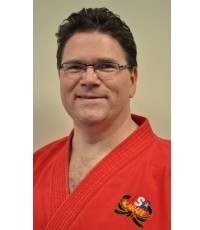 1st Degree Black Belt
Mr. Seme started his martial arts training in 1986 studying karate and tae kwon do. After several years outside of the martial arts community, Mr. Seme enrolled his children at USA Karate and decided it was time to return. He earned his Black Belt with USA Karate in January 2011. Mr. Seme is an active participant in the North Central Karate Association (NCKA) where he received a top competitor award in 2013. Mr. Seme enjoys teaching and participating in traditional form and sparring. His goals are to continue to learn new styles/techniques and to encourage students to set and reach their goals.

1st Degree Black Belt
Mr. Seme "junior" began his martial arts journey at the age of 5 and earned is Black Belt in May 2010. He is very passionate about the tournament side of karate participating in local NCKA and national NASKA tournaments. Mr. Seme received a NCKA top competitor award in two divisions in 2013. Mr. Seme is grateful for the lessons karate has taught him, namely that goal setting, focusing on details and discipline to perform extra practice are required to succeed in any activity. His primary interests are traditional form, weapons and sparring. Mr. Seme enjoys helping other students become better competitors and would like to learn Brazilian Jujitsu.
Phone: 952-892-6565
509 East County Rd 42
Burnsville, MN 55337
david.younglove@usakpy.com